Navigating Through
A Manufactured World

A nine hour transit through Dubai on route to London allowed for a short excursion into the city. After a conversation consisting of several minutes of broken English and mysterious hand gestures, a taxi driver and I finally settled on heading to the marina. From here, I figured I could make my way to the beach and lookout over the ocean and the man-made islands.

We headed into the early morning before sunrise and, after 40 minutes of endless highway and helped by the fact that Friday is the first day of the weekend here, we pulled into a sleepy road. Consisting of nothing but apartment and hotel highrises, the street was devoid of any signs of life. Time of day: 7:30am.

After a short look at a fairly standard marina, I stumbled back to the Sheikh Zayed Rd (E11 Highway) that had lead us here. The sunrise was taking shape and began to paint a typical scene from the journey out to this point; during the 40 minute taxi ride, we had driven past - in my mind - nothing. A boatload of skyscrapers - yes. An elegantly designed elevated railway system - yes. Nothing, however, gave a feel of a place where people live, work, and play. While all the elements required for civilisation may be here, you can't make a city through building alone. Looking back down the highway, the crop of new highrises in the process of being constructed looked much like being in the process of decay.

A city also needs inhabitants and ex-pat families and fly-by businessmen don't quite fit the bill. With the immigrant workforce living in Sharjah, who exactly 'lives' in Dubai. Despite it being the weekend, there was hardly a single person around. 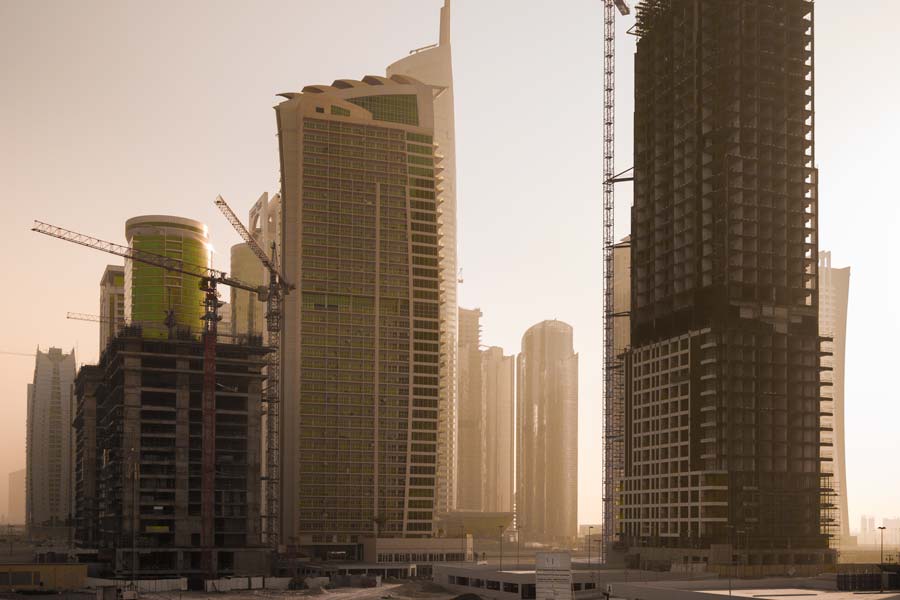 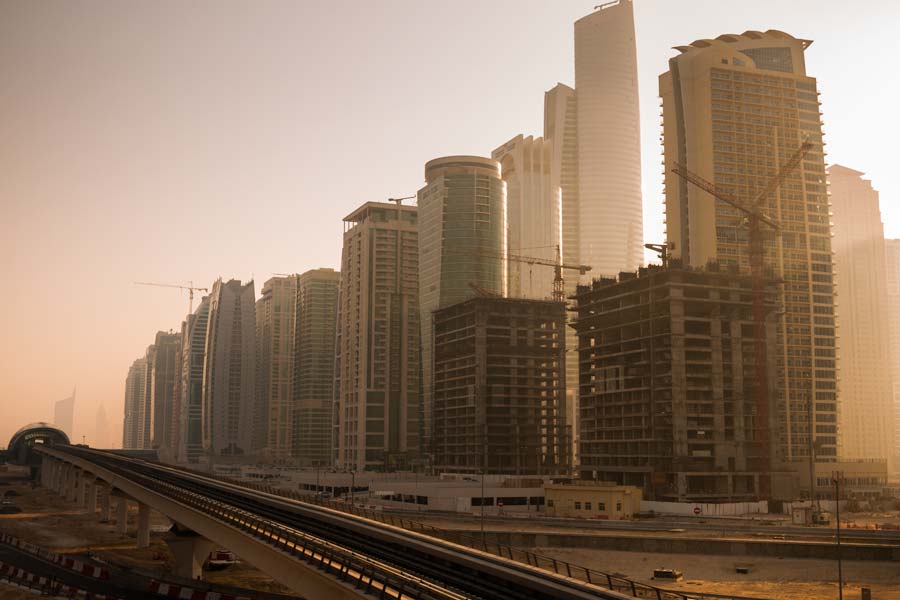 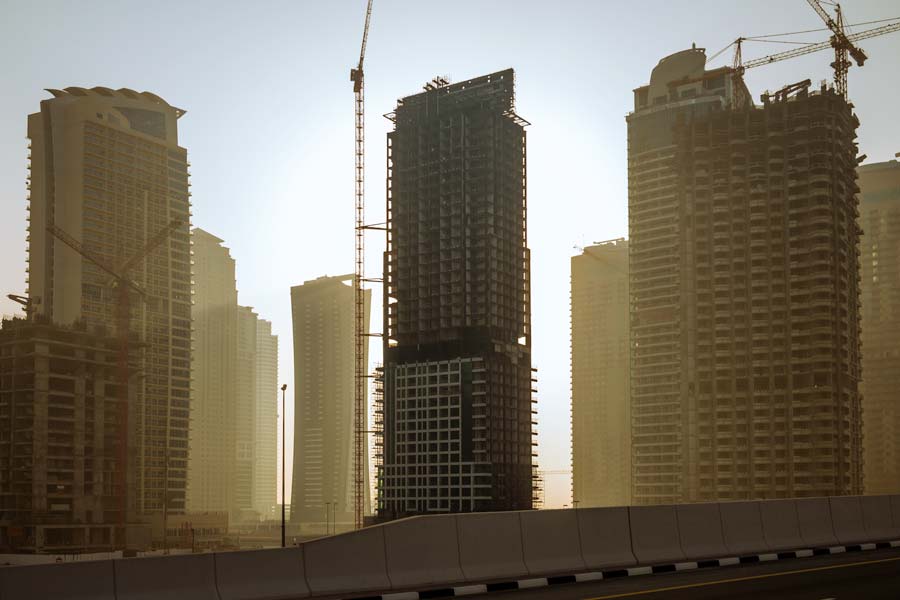 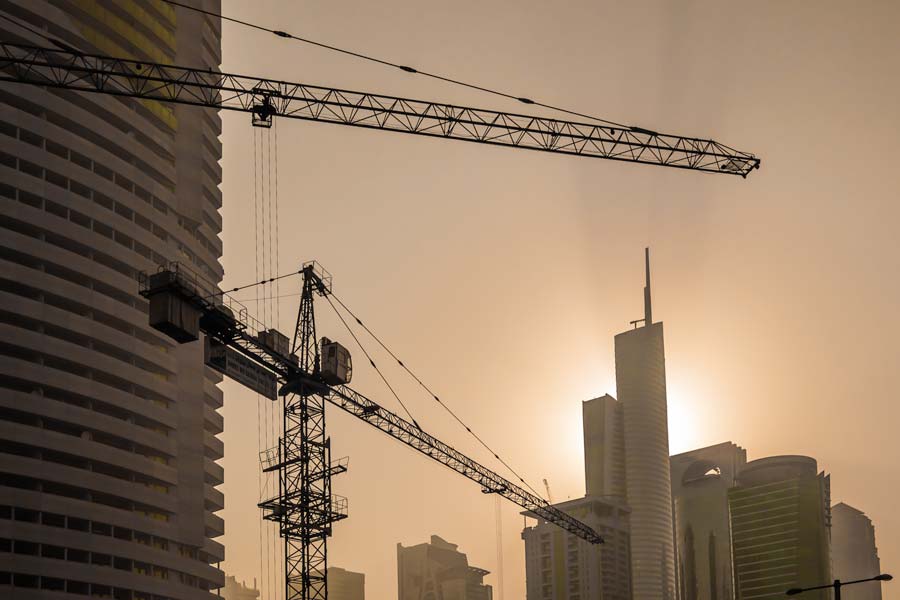 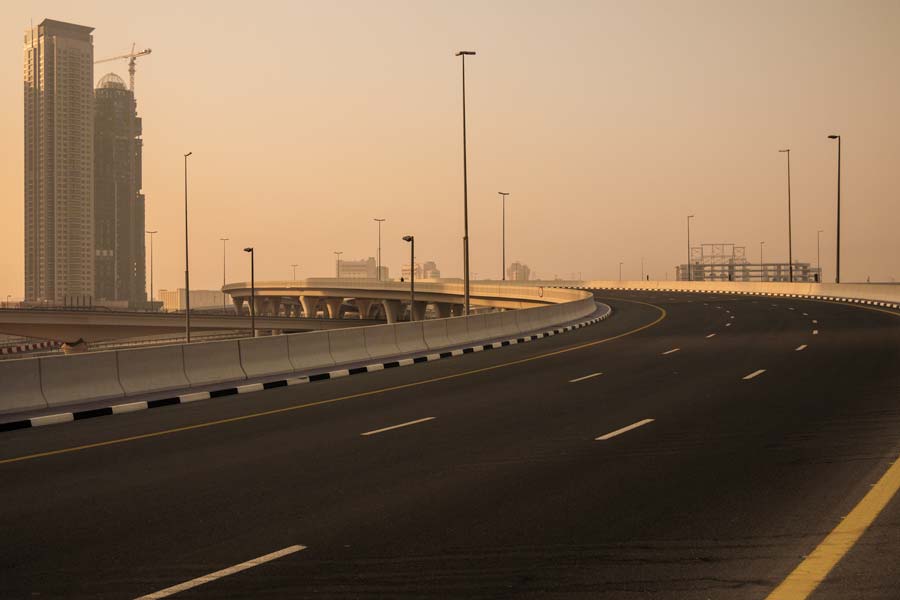 While the Palm and World islands are well known man-made constructions, even the sandy white shores of the mainland are built and manicured. Along the main strip of Jumeirah Beach, perfect areas of beachfront are interspersed with sections screened off from the public. These parts, much like the rest of Dubai, is a work in progress. Concrete retaining blocks stop the completed beach from collapsing in while sand stockpiles wait for the juggernaut to roll by and transform it into pristine beach. 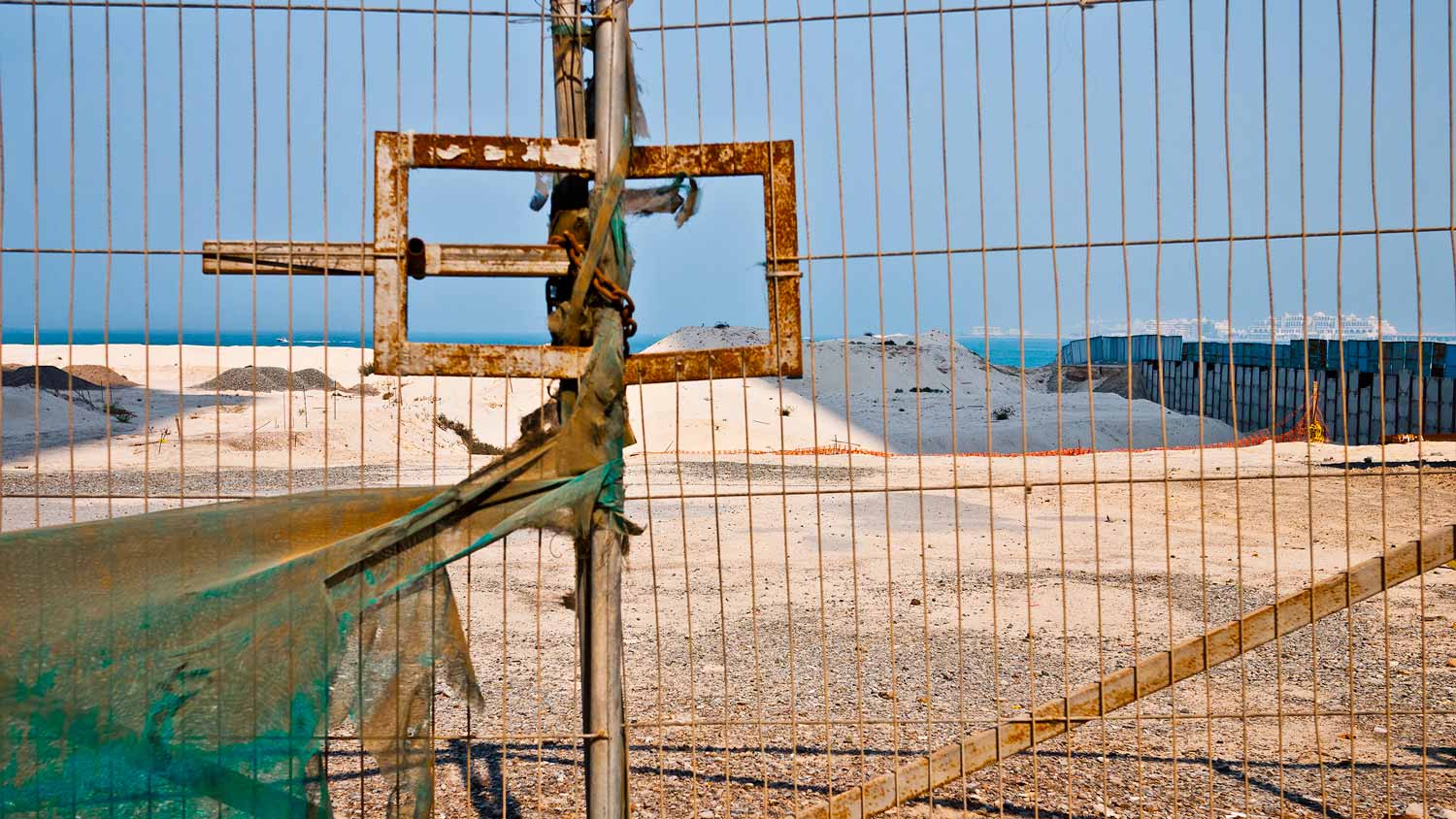 It doesn't take long to realise that this isn't a place for pedestrians. Walking from place to place just isn't possible; wheels are essential. After trying to make my way on foot, I succumbed and found the nearest taxi. After a few more minutes of broken English and more international hand gesturing with my Pakistani driver, we agreed that he would take me on a tour of what he considered to be the top spots. What ensued was 1.5 hours of drive-by tourism in air conditioned comfort and with running commentary.

The car hardly stopped except for one time where he demanded I step out to photograph the "7-star" Burj Al Arab Hotel. From here on in, photography became a very basic process of sticking the camera out the window, hitting the shutter, and hoping it was pointing at something interesting. 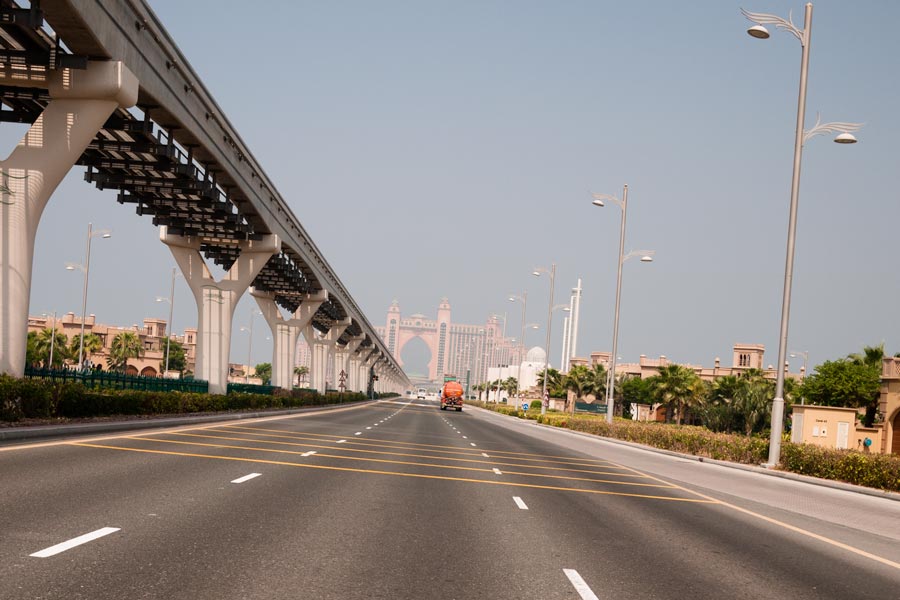 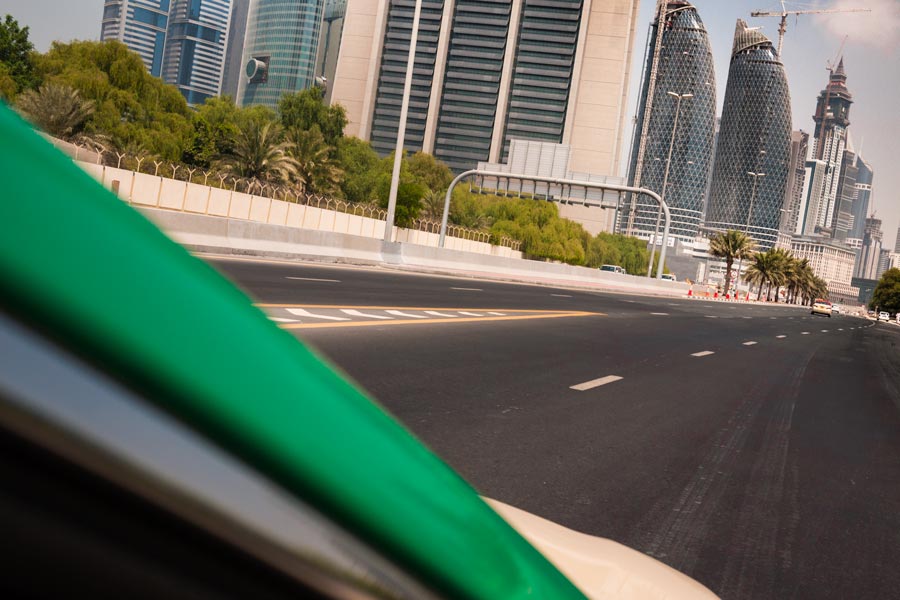